While AT&T’s US$85 billion acquisition of Time Warner is the biggest media deal in purely numerical terms (if it gets done), The Walt Disney Company picking off rival 21st Century Fox marks a seminal moment in TV and film history.

The deal, which the companies believe will close in 12 to 18 months, knocks off one of the ‘Big Six’ Hollywood studios and hands Disney a huge portion of the market. Here, DTVE sister title TBI looks at what the US$66 billion deal could mean for various parts of merged business.

As the Mouse House already owns a broadcaster, ABC, it cannot also own Fox due to local media regulations. Therefore, it will become part of the ‘New Fox’ company that will be established just before the Disney deal closes.

For Fox, the issue will be how it replenishes its supply of scripted programming, as it will have to go to others for this, and there is a good chance it will retreat into the reality TV genre that has served it well very over the years.

This is where the dynamics begin to change. Disney will take control of Twentieth Century Fox Film and the lauded Fox Television Studios, which includes cable-focused Fox 21 Television, plus indie film darling label Fox Searchlight. Reports today suggest it will take a seven-year lease on the Fox lot.

This means the Fox network’s biggest shows such as The Simpsons, The X-Files and Family Guy will be sold through Disney, while on the film side the Marvel Universe welcomes the few characters it does not yet own – Deadpool, the X-Men and the Fantastic Four – and gets the Avatar franchise, which is set to launch four sequels to the money-spinning original.

Research house IHS Markit also notes the deal will diversify Disney’s production output. In 2016, 26 out of 30 Disney-produced scripted series in the US went out on Disney-owned networks or services. By contrast, Fox and FX produced 47 shows, 15 of which were for non-affiliates.

There has always been a distinction between the Disney-branded, family-friendly content, and more edgy content produced under other labels like Miramax, Touchstone and now Marvel, so there is no reason why they won’t fit. However, shows like Family Guy and Snowfall are probably not going to feature in the direct-to-consumer SVoD service Disney is launching in 2019. Maybe there will be another differently branded SVOD service for this kind of content.

The deal will see Disney taking control of Sky – if Fox manages to get its £11.7 billion takeover of the UK-based pay TV giant over the line first. Having failed in an attempt in 2011 over the notorious phone-hacking scandal, concerns over the working culture and sexual harassment issues at Fox News in the US now threatens the current agreement.

Rumours are that Jeremy Darroch, Sky’s long serving CEO, could be looking to exit, which would allow Disney to install its own chief in twelve or 18 months’ time. Sky and Disney are long term partners, and they even co-operate a network, Sky Movies Disney, in the UK.

Over in India, both Fox and Disney are established players. Fox has the popular Star India service, which reaches more than 720 million people, while Disney has a major production studio and operates the UTV business, which is part of The Walt Disney Company India.

The Disney-Fox merger will make the Mouse the most dominant non-Indian player in one of the world’s fastest growing TV and film markets.

Disney, as we all know, is planning its attack on the OTT space through a global subscription player set to launch in 2019. Before that, it will go after the sports market with a branded ESPN service. Having pulled its premium movies and TV programmes from Netflix ahead of these moves, the addition of Fox’s library provides a massive boon for Bob Iger and co.

Indeed, Iger, who will remain chairman and CEO of Disney until 2021 at least (read below), yesterday told investors that subscription streaming is ultimately what the deal boils down to – reaching the next generation of non-linear TV viewers.

“We believe creating a direct-to-consumer relationship is vital to the future of our media businesses,” said the Disney chief on a conference call with analysts yesterday. “Combined, our direct-to-consumer platforms will include controlling interest of Hulu [read more below] in the US, as well as a broader international presence through Sky in Europe and Star in India, in addition to our upcoming Disney- and ESPN-branded offerings.”

Mike Hopkins can’t have been convinced Hulu was at the front of mind for Disney when the US streaming service’s CEO decided to jump ship to Sony Pictures Television just before news of the Fox talks became public knowledge. However, Disney will pick up Fox’s 30% stake in Hulu, taking its overall ownership to a majority 60%.

Disney now has two choices: attempt to buy out Comcast and Time Warner’s stakes in the service or get rid of its stakeholding and purely focus on its BAMTech-powered, Disney-branded SVOD service.

Should it gain full control, there are also a number of options. One is to let Hulu continue to operate as a solely US-focused business – one that has made in-roads against Netflix and Amazon Prime Video. The other is to merge Hulu with the new streamer and attempt to keep as many shows currently available in the US on an enlarged, international service.

Iger has not revealed his plans for Hulu, but cryptically noted in an interview the Fox acquisition would offer Comcast “a more interesting opportunity”, and added majority control meant “flowing more content in Hulu’s direction”.

Disney’s cable operations have focused on sports and networks with a light touch such as Freeform and Disney Channel, and it will be interesting to see how such a family-friendly business reacts to taking on the risqué FX and FXX, which are led by John Landgraf (pictures), whose opinions on the future economics of television, and the impact of the golden age of TV production in particular, are more critical than most.

In FX’s favour, Disney has previously owned the likes of Miramax, which launched films such as Quentin Tarantino’s Pulp Fiction while a subsidiary, so keeping FX Networks as a standalone group is one logical option.

Bringing the National Geographic Partners business over to Disney has a more obvious sensibility, and adds huge factual scale it doesn’t already have, but with comic book characters such as the morally grey Deadpool winging their way to the Mouse House, perhaps its time Disney embraced a world in which adult themes and family-friendly content live next to each other.

The press release confirming Disney’s US$66 billion takeover includes a line that suggests there are around US$2 billion in “efficiencies” – never a great sign for the rank and file. While President Donald Trump – so opposed to AT&T’s takeover of Time Warner – has given his approval to the Disney-Fox deal and claimed it will be good for jobs, analysts do not agree.

BTIG analyst Rich Greenfield expects “thousands” of jobs in Hollywood to go, telling CNN: “It’s hard to see how any meaningful job creation will come out of this.”

Others analysts have come to similar conclusions – Disney and Fox operate similarly, meaning overlap between roles is likely to be widespread, and further to that, Disney has never sought the kind of internal competition Rupert Murdoch fosters. This means there may be three or four people performing very similar roles in same-but-different Fox divisions, and it is unlikely Disney will want to keep it that way.

Yesterday’s statement spoke of US$2 billion in cost savings, so it’s inevitable that there will be reductions in headcount, with areas like distribution, network sales and back office most likely to be affected. The Fox TV production studios will lose their affiliation with the FoX network, which might mean they will struggle to maintain the same level of output in future years – especially as Rupert Murdoch said yesterday that Fox would now be able to order shows from Sony and Warner Bros.

On a more positive note, the two portfolios of cable networks are actually quite complementary – Fox is not in the kids business apart from Baby TV and Disney is not in factual. In Latin America, where ESPN and Fox both have sports networks, and India, where ESPN has a JV with Sony, there is some conflict, and certainly if Sky becomes fully integrated there will be more scope for rationalisation.

Both the Disney and Fox boards have requested Bob Iger put back his exit date from the planned 2019 to at least 2021, and Disney CEO and chairman has obliged. One connected source opined to DTVE sister title TBI that he could “never walk away from the new train set at this stage”. 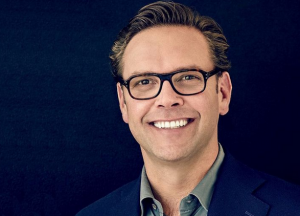 It did not go unnoticed in media circles that indications Iger would remain in his post emerged last week less than 24 hours after stories Fox CEO James Murdoch was in the frame for the post. Many had questioned how an executive who has spent his entire life in entertainment and media could run a business that also spans global licensing and merchandising and theme parks businesses.

There is now a belief that Murdoch Jr. could become head of video – a role seemingly better suited to his experience. Iger told ABC’s Good Morning America programme: “James and I will be talking over the next number of months. He’s going to be integral to the integration process, and he and I will be discussing whether there is a role for him or not at our company.”

Disney Media Distribution itself is looking for a new chief following the exit of the long-serving Ben Pyne (pictured) earlier this year. Perhaps one of those Fox execs could step up.

There are two ways to look at Disney owning 50% the world’s largest formats distributor. One is that Disney does not have extensive global production businesses like Warner Bros., and that Endemol Shine’s various reality, drama and factual producers will add a new revenue stream.

The other is that Disney, which tends to keep production in the US (though it is now active in Latin America, Ireland and the UK), will not see the value in shepherding such a huge production and distribution business.

It certainly does not have that kind of experience. As one informed source said this week, “it would be hard to think of Mickey Mouse selling Big Brother”.

The other issue is ownership. Fox’s current co-owner, Apollo Global Management, is a private equity investor and will assess its investment after a predetermined number of years. With Endemol Shine established at the start of 2015, it will be beginning on consider returns on investments now, especially with an ownership change at Fox.

Would Disney be inclined to write out another large cheque to secure the 50% of Endemol Shine that will soon become available?

Fox has built up a channels business that operates around the world, and in a number of key territories such as Turkey, has leading free and pay TV channels. In Europe, it has begun to push into high-end drama production, and the strategy has been to push into global content ownership, something that tallies perfectly with Disney.

Branded Fox channels could, in theory, remains as they are, as Disney has its own branded networks and executives to run them. Others such as National Geographic are entirely complementary to the Disney Worldwide Channels business, and besides the BabyTV channel, Fox does not play in the kids space, meaning there is very little crossover.