Amazon Prime Video has made its entire high dynamic range library available in HDR10+, establishing it as the first streaming service to implement the Samsung standard. 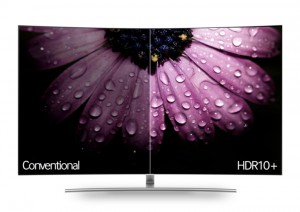 Amazon’s Prime Video HDR10+ catalogue includes hundreds of hours of content, including Prime Originals like The Grand Tour, The Marvelous Mrs. Maisel, The Tick and The Man in the High Castle plus hundreds of licensed titles.

HDR10+ is available on the entire Samsung 2017 UHD TV line-up – including its premium QLED TV models.

Greg Hart, vice president of Prime Video, added: “We’re dedicated to offering Prime Video members the best possible viewing experience, and we are very excited for our members around the world to experience our content in HDR10+.”

Samsung announced HDR10+, an updated version of its open HDR10 standard, in April of this year, with Amazon Video coming on board as an initial partner.

The earlier HDR10 standard used static metadata that does not change during playback despite scene-specific brightness levels.

In August, Samsung partnered with 20th Century Fox and Panasonic Corporation and agreed to kick off an HDR10+ licensing and logo programme in January 2018.

The companies will form a licensing entity that will start to license the HDR10+ platform to content companies, ultra-high definition TVs, Blu-ray disc players, set-top box manufacturers, and SoC vendors.