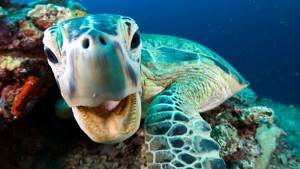 Big-ticket natural history series Blue Planet II is the most requested show on the iPlayer this year.

The David Attenborough-fronted series saw its first episode received 4.2 million requests on the streaming service of the UK’s pubcaster.

This narrowly topped episode one of Tom Hardy drama Taboo, which took 4.1 million.

The news will go down well with factual producers and commissioners, who have been largely in the shade throughout 2017 due to the widespread impact of new original dramas internationally. 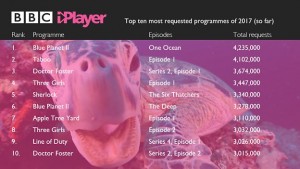 With the news, the BBC is planning to keep Blue Planet II available until the New Year, and has released a special ultra-HD version, plus the original Blue Planet and both Planet Earth series.

Taboo is being re-released on the iPlayer on December 16, along with a number of other drama, comedy, natural history and kids shows. These include Three Girls, Sherlock and all four seasons of Line of Duty.