Football accounted for an average of 27% of all sports programming on generalist channels between September 2016 and August 2017, according to EurodataTV Worldwide stats spanning 45 countries. 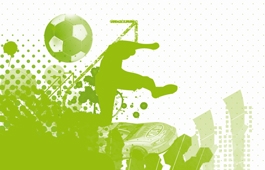 The research firm said that while television is increasingly challenged by non-linear ways of consumption, “sports and live television are still a perfect match”.

It described football as the ‘king of sports’ but also noted impressive audiences for winter sports and local sports competitions.

In Portugal and Russia football accounted for more than 70% of the sports programming shown on generalist channels, while the 2018 World Cup Qualifiers were a strong draw in countries like Belgium and Croatia. In the latter, the national team qualifiers scored an average market share of 43.7% on HTV1 and HTV2.

In Europe winter sports performed well, particularly in Scandinavia. In Finland the latest Nordic World Ski Championships averaged a market share of 59% for YLE2, while NRK1 in Norway achieved an average market share of 69%.

Local sports “mobilise the public too,” according to the research. In the US, game seven of the 2016 World Series became the most watched baseball game in 25 years, while in France and Norway the best performing sports broadcast of the year was the final of the 2017 Handball Men’s World Championship with 43.6% and 82.2% market share respectively on TF1 and TV2.

“In 2017 again, a number of sports programmes have gathered significant audiences in spite of the transfer of rights to pay TV,” said Yassine Berhoun, sports director at EurodataTV Worldwide.

“Consequently, alternative competitions have successfully been broadcast on public channels like the Women Euro in the Netherlands for example.”