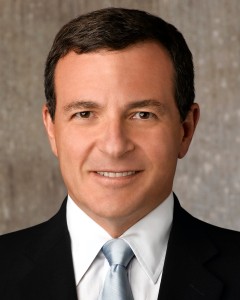 Disney chief Bob Iger might not be done just yet.

Reports claim Iger might re-up in his role as CEO of The Walt Disney Company after closure of an agreement for various 21st Century Fox assets.

The development came shortly after news that Fox chief James Murdoch could become CEO of the merged entity, with his father, Rupert Murdoch, also taking a senior role at the House of Mouse.

According to CNBC sources, Iger’s contract would be extended should a deal be finalised. Comcast remains interested in a deal, but Disney appears to be well out in front as a suitor.

Iger has been leading Disney as CEO and chairman since 2005, but recently confirmed a plan to step down in 2019. He had told Vanity Fair “this time mean it” after previous plans to step down changed.

However, things have since changed, with Disney believed to be close to a deal worth between US$60 billion and US$70 billion for the entertainment assets of Fox, minus the broadcast, news and sports networks.

Fox CEO Murdoch was linked with a chief executive role at the merged Disney-Fox, news that was closely followed by a CNBC report claiming Iger may actually stay on again.

Among the assets Disney would acquire in the Fox deal include cable networks National Geographic and FX, Fox Networks Group and its international divisions (excluding the Fox broadcast channel), an extra 30% stake in Hulu, 50% of Endemol Shine Group, a 39% stake in Sky and control of Indian pay TV service Star TV.