Juniper: Amazon and Facebook to battle for sports rights

Amazon and Facebook will turn sports events into “the next content battleground” by bidding for and winning key rights auctions, according to Juniper Research. 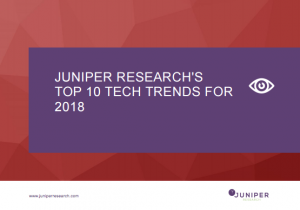 In its ‘Top 10 Tech Trends for 2018’ report, Juniper predicts that Facebook and Amazon will each bid in the forthcoming English Premier League rights auction and “at least one” will secure a package of content.

“We believe that while both Amazon and Facebook are likely to bid, Amazon is likely to be the biggest winner,” according to the Juniper Report.

“We expect it to bid for, and win, equivalent package to those currently held by BT. That company successfully bid for two of the seven packages on offer, amounting to 42 games per season, for which it paid £960 million over three seasons, or £7.6 million per game.”

Juniper said that a successful Amazon bid would be a “game changer” and would “almost certainly” encourage it and other over-the-top or video-on-demand providers to make further bids.

“Ultimately this would set them up to bid for the biggest prizes of all, the rights to major US sporting events, which are next up for grabs from 2020 onwards,” said the report.

Juniper’s prediction comes after Amazon agreed two deals with ATP and ATP Media last month to broadcast live ATP tennis in the UK and Ireland and to add Tennis TV to its Amazon Channels line-up in the US .

In September Facebook agreed a multiyear worldwide deal with the National Football League (NFL) to post match highlights on the social network. However, in the same month it was outbid by 21st Century Fox-owned Star India when trying to secure global Indian cricket rights.