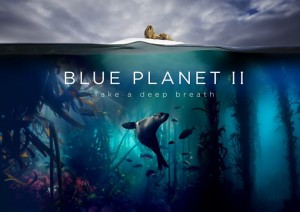 The move marks the BBC’s second UHD HDR trial, with all seven espisodes of the series to be made available in this format after the final espiode airs on Sunday December 10.

The BBC will use Hybrid Log-Gamma (HLG) – a version of HDR that was invented by BBC Research & Development and Japanese broadcaster NHK – to underpin its Ultra HD iPlayer streaming.

It will also use the open DVB-DASH protocol, adaptive bitrate streaming, and HEVC (Main 10 Profile, Level 5.1) compression which supports the 10-bit data path required for the HDR television signal.

In a post on the BBC R&D blog, the BBC said that audience feedback from last year’s trial “exceeded our expectations” – even though only a “handful” of devices were compatible with the BBC’s version of UHD at the time.

“Thanks to our initial trial, the hard work of our colleagues developing Freeview Play and iPlayer, and our support of industry ‘plugfests’, from having just a handful of devices compatible with our vision for UHD a year ago, there are now around 300 devices from all major TV manufacturers,” according to BBC R&D.

It added that viewers do not necessarily need an HDR TV to benefit from the higher resolution and wider colour gamut of the UHD iPlayer bitstreams that will be available as part of the Blue Planet IItrial.

The HLG signal is backwards compatible with Standard Dynamic Range UHD TVs and can deliver high quality pictures to these UHD TVs that support the BT.2020 wide colour gamut, according to BBC R&D.

“Blue Planet II is the first programme we’ve shown in such high quality and perfectly demonstrates how the BBC is pushing the boundaries of digital innovation. Making the full series available in Ultra HD and HDR on BBC iPlayer is the next step in reinventing the BBC for a new generation, and there’s not a better place to start than with the stunning Blue Planet II.”

Charlotte Moore, director of content, BBC, added: “As the most watched programme of 2017, Blue Planet II, has captured the hearts of the nation. The series is a prime example of the world-class work of the BBC NHU documentary makers and I’m delighted that audiences will be able to watch the series in ground-breaking quality on BBC iPlayer.”