The UEFA Champions League is the sports competition that viewers are most willing to pay for, according to Ampere Analysis. 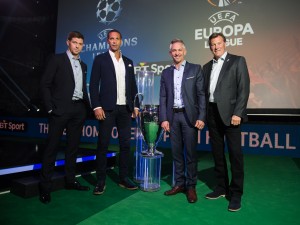 The research firm surveyed 28,000 onsumers in 14 countries and found that 8.8% said they would be willing to pay to regularly watch the football tournament, compared to 7% for the FIFA World Cup.

“UEFA Champions League is ranked in the top three competitions worth paying for in 11 out of 14 of the markets surveyed, more than any other. Only the US, Sweden and Australia don’t feature it in their top three,” according to the study.

Comparing younger and older audiences, Ampere found that in Europe, 21% of 25 to 34-year olds and 22% of 55 to 64-year olds said they enjoy watching UEFA Champions League.

Younger viewers were also more likely to spend to access the competition, with 11% of 25-34 saying they would do so compared to 8% of 55-64s.

“Despite discussion about inflated rates for football rights every time rights comes up for renewal, the reality is that sports fans love the game, and many are willing to pay regularly to view it on TV,” said Ampere research analyst, Alexios Dimitropoulos.

“Even though operators are under pressure, the importance of sport and the intense competition for rights indicates that prices are unlikely to drop any time soon. Furthermore, the entry of the OTT players will herald new options for viewers, from fan-led social reporting to increased club-led coverage.”