The BBC has launched a virtual reality production studio, BBC VR Hub, in a bid to explore “how VR can create real audience impact”. 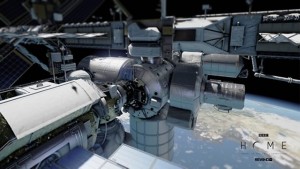 Head of commissioing for VR Hub, Zillah Watson, said that the new unit will work closely with BBC programme makers and digital experts to create VR content across a range of genres in the coming months.

“Our research shows that for as long as the quantity of high-quality content remains low, and the experience remains cumbersome, mainstream audiences won’t use VR,” said Watson in a BBC blog post.

“That’s why we’re focussing on a small number of high impact pieces that have broad, mainstream appeal.”

She said that each commission will target specific “audience needs and occasions” in an effort to create compelling content that will make people want to reach for a VR headset.

“Having cracked every new content delivery mechanism since radio in 1922, we are excited about the potential of VR and the ways in which it could enrich the lives of our audiences,” said Watson.

“With the credibility and trust the BBC has, along with the size of our audience and intimate understanding we have of them, the BBC can play a crucial role in bringing Virtual Reality into the mainstream.”

At the same time the BBC announced that Home – A VR Spacewalk has launched on the HTC Vive and Oculus Rift, marking the first time that the interactive VR experience has been made available to the public.

Home – A VR Spacewalk allows would-be astronauts to embark on a spacewalk 250 miles above the Earth’s surface and was inspired by the NASA training programs used by British astronaut Tim Peake. The BBC and VR production studio Rewind initially developed Home – A VR Spacewalk in 2016 and has been shown at film festivals and industry conferences since then.

The BBC has worked on a number of VR projects since 2016, including: We Wait, a BBC R&D and Aardman Studios co-production that uses the real stories of refugees as the basis for an animated virtual experience; and VR history documentary Easter Rising: Voice of a Rebel, a joint project by BBC R&D, BBC Learning, Crossover Labs and VR specialists VRTOV.