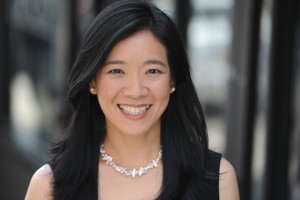 Long-serving exec Melody Tan has been promoted to the number two post at the international arm of US media giant Viacom.

She will report to president and CEO David Lynn, who moved up to his post a year ago after Bob Bakish became company chief executive.

She is currently executive VP of programming, strategy and operations for MTV, VH1 and Logo, working alongside Chris McCarthy, who leads those Viacom networks.

Tolosa, meanwhile, has been named chief transformation officer at Viacom, a new role that will see him oversee a team responsible for transforming the business.

He will report to Bakish, who has made removing silos between the various Viacom businesses a key priority of his strategy. Despite the move welcomed by many, the company share price has dipped in the second half of 2017.

Bakish said Tolosa, who has been with Viacom for nine years, “brings to this new role a strategic and global perspective and unmatched insights into Viacom’s business”, recognising the roles he had played in launching the Viacom Play Plex apps and expanding them into the US.

“Jose has played a leading role in growing the size and profitability of our international business,” added Lynn. “I’m very sorry to see him leave VIMN, but excited for his new opportunity with Viacom and delighted to have an executive of Melody’s quality to replace him in this important role.”