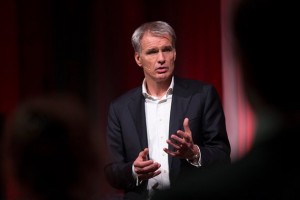 The Netherlands risks being left behind if the Dutch government fails to provide legal certainty for those making long-term investments in digital infrastructure, according to Liberty Global and Vodafone JV VodafoneZiggo’s CEO Jeroen Koencamp.

During a debate organised by the operator, Hoenkamp criticised moves by the government and regulator the ACM to impose further regulation on fixed network providers.

The ACM, in its recent analysis of the fixed broadband market, indicated that it may look at regulating the cable access market. Currently KPN’s network is regulated, while the cable network is not subject to the same rules giving third-party providers access.

Noting that 90% of Dutch households had access to broadband speeds of over 100Mbps, Hoenkamp said that cable operators such as VodafoneZiggo were major facilitators of new services such as Internet of Things and Smart Cities applications.

Hoenkamp called on the government to give ground on the coming sale of new mobile spectrum. He said that the 3.5GHz band currently reserved for defence should be freed up and licence periods should be extended to give investors more certainty.

The 3.5HGz band has been allocated by the EU for 5G services, but the Dutch government has been reluctant to commit to the disposal of spectrum that is used by the defence ministry’s satellite monitoring station at Burum in Friesland, a position also criticised by VodafoneZiggo’s rival KPN.