Discussion is still on-going at the DVB over how to include additional elements in the UHD-1 Phase 2 specification for HDR, with agreement that there could be a commercial case for the inclusion of ‘dynamic metadata’.

The DVB last year agreed the inclusion of the Hybrid Log Gamma (HLG) system developed by the BBC and NHK, which is compatible with SDR TV sets and designed with live broadcast in mind, supported alongside the Perceptual Quantizer (PQ-10) system developed by Dolby and favoured by some movie studios and Netflix.

However, some DVB members requested the inclusion of variants that include dynamic metadata, or metadata that changes with each scene rather than remaining constant through a film or video. 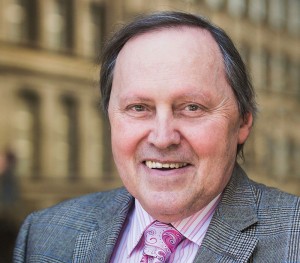 While there had been debate on whether dynamic metadata was necessary, at least from a consumer perspective, the discussion now appears to have moved on to how best to incorporate it.

“Yes, the discussion on whether there is a need to add additional elements for HDR to the DVB UHDTV Specification continues,” said David Wood, chairman of the DVB UHD Commercial Module, in a statement provided to Digital TV Europe.

“There is agreement that there can be a commercial need for an extension to the currently specified HDR system to allow the addition of what is termed dynamic metadata, and the discussion now centres of what is the best way to allow this ­– is it by using the existing signalling features or is it by creating new signalling features?  The discussion will continue at DVB meetings in December.”

The DVB steering board this week approved final revisions and updates to the DVB UHD-1 specification, and said that the UHD-1 standard is now complete.

The revisions and updates pertain to DVB-DASH, audiovisual coding and bitmapped subtitles.

Peter MacAvock, DVB chairman said in his statement that “while work continues, DVB is certain that broadcasters can confidently implement UHD on the basis of its specifications”.