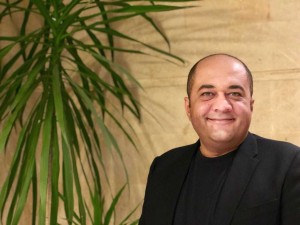 Saad brings more than 15 years of telecoms sector experience to his new role. He previously worked as chief consumer officer at Suadi Arabian telco Mobily and before that held various roles at Vodafone, including consumer director at Vodafone Egypt and chief marketing officer at Vodafone Qatar.

“John’s commercial and telco expertise will be invaluable as we continue to cement our position as the leading entertainment provider across emerging markets. I’m thrilled to welcome him on board to lead Iflix MENA into the next phase of growth,” said Britt.

The Iflix boss also congrated Sobhan on his new job, which will see him continue to advise iflix’s executive team and board, grow and manage the company’s partner relationships, and provide “crucial business development support”.

“Nader was instrumental in building Iflix’s footprint throughout the region,” said Britt. “As a co-founder of Iflix MENA, he was pivotal in establishing the partnerships and strategies which have propelled our business in the region.”

Saad added: “Iflix has established itself as the preeminent market leader in digital entertainment across this region and I am excited to join the team to help lead the entertainment revolution in the Middle East.”

Iflix is now available across 24 territories in Asia, the Middle East and Africa. The company, which is headquartered in Kuala Lumpur, Malaysia, first moved into the MENA region earlier this year, launching in eight territories – Saudi Arabia, Jordan, Iraq, Kuwait, Bahrain, Lebanon, Egypt and Sudan.