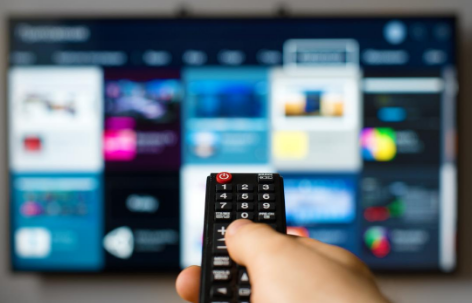 The European Parliament’s decision yesterday to restrict the scope of changes in copyright rules that would enable cross-border consumption of services has elicited mixed reactions from industry bodies.

The parliament’s legal affairs committee voted to water down European Commission proposals that would have have enabled broadcasters to show a wide range of content across borders within the EU. Instead, the parliament voted to limit the application of the ‘country of origin’ principle that would enable this to news and current affairs programming only.

Content rights-holders and commercial broadcasters had strongly opposed the EC’s changes, arguing that a broader revision of the rules would reduce the value of exclusive rights and prevent producers from selling distribution rights on a country-by-country basis.

The legal affairs committee ruling would mean that broadcasters could make news and current affairs content available across the EU once they have cleared the rights in their own country. These programmes could include content protected by copyright which currently can’t be cleared in a short time-frame for each and every country.

It will however the possible for broadcasters to geo-block their online content if rights-holders and broadcasters agree this in their contracts. MEPs supported the view that this is necessary to support current licensing models.

“The chance to create a European audience was missed. Conservative forces put the interests of Big Players over the interests of millions of European citizens in an irrational, unbalanced way. Under the pretext of cultural diversity European Broadcasters are refrained from adapting to the digital age,” said rapporteur Tiemo Woelken.

“Today’s vote in the Legal Affairs Committee is definitely a step in the right direction. It acknowledges the value of territorial exclusivity in ensuring EU citizens can watch a wide range of high quality TV programmes,” said Agnieszka Horak, ACT’s director of policy and legal affairs.

“Commercial broadcasters have long believed that the wrong legislation on this issue would reduce the amount, quality and diversity of TV content. We thank all the Members of the European Parliament who have helped us take a step towards better legislation.

We urge the Member States in the Council to follow the direction of travel set by the Committee on Legal Affairs.”

European public broadcasters body the EBU on the other hand regretted the decision, which it said would restrict cross-border access to European content.

“We deeply regret that the majority of the Members of the JURI [legal affairs] committee did not support a futureproof and consumer-friendly licensing system giving access to more diverse European radio and audiovisual content across borders,” said Nicola Frank, head of European affairs at the EBU.

Frank said that the original proposals would not have undermined the principles of territoriality and contractual freedom and would have enabled consumers to view more content online and across borders.

She said that the “drastically reduced” scope of the country of origin principel would “encourage consumers to resort to more illegal online content services” and would also “provide the ground for making non-European players even stronger”.