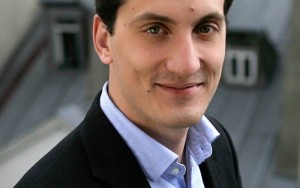 We Are TV, the augmented reality TV app founded by former Dailymotion COO Martin Rogard, has reached 100,000 downloads since its launch last month.

The New York-based company went live in France in early October and in the US later the same month with an AR app that uses the phone’s camera function to let users engage with TV shows as they watch them.

So far We Are TV has developed two ‘modules’ – one that lets users express how they feel about a show by pressing emotion icons, and a game that Rogard describes as “like Pokemon Go for TV”.

“There are some characters that are related to the TV show that you are watching, which pop up off your TV screen and you need to catch them,” Rogard told DTVE.

“The more that you catch, the more points you win, the more badges you earn. We build loyalty to the show that way by making sure that you try to engage with a show.”

Rogard said that We Are TV’s goal is to help broadcasters and TV producers create a more engaged and connected audience with virtual characters that relate to specific shows.

So far the firm claims to has developed some 200 virtual characters for programmes like Netflix’s Orange is the New Black. 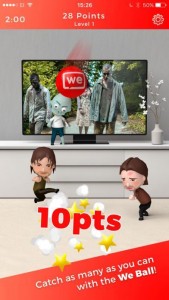 “We want to partner with TV producers,” said Rogard. “Our goal is to see how we can integrate deeply in the show itself and for that we need to have a dialogue with the producers. We are just at the beginning of that process.”

The app is designed to work with programmes that air on live linear, on-demand or SVOD platforms. It is integrated with Gracenote’s TV database, allowing users to select what show they are watching from a virtual guide.

Rogard said that We Are TV aims to differentiate itself from previous second screen apps by focusing on offering a fun, game-based experience – rather than simply on programme check-ins or virtual rewards.

“We want the app by itself to be fun and I think the key differentiator from the classic second screen experience is to be a game, to be in a category that is the first category in the App Store.”

We Are TV is available for iOS and Android and is free to download. The app will be monetised through in-app purchases.