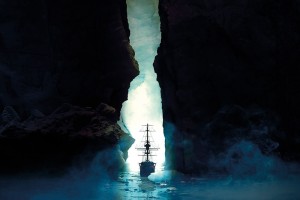 Amazon has signed a deal with AMC, which will see Amazon Prime Video gain excusive rights for a raft of series across 28 territories.

Amazon Prime Video with have an exclusive first window for series made by AMC Studios, allowing the streaming service to show titles ahead of any other streaming platform, pay TV service or free TV.

This will take place across territories including Australia, Germany, Italy, India and Japan. The first title covered by the deal is Ridley Scott’s The Terror (pictured), about an arctic expedition gone wrong.

“This is another step in our efforts to extend the selection of premium TV shows available to Prime Video members worldwide,” says Brad Beale, vice president of content acquisition at Amazon Prime Video.

Rick Olshansky, president of business operations for AMC Studios, said: “This agreement underscores the high global demand for AMC’s must-have content and franchises and enables us to bring our popular shows to a wide global audience.”

AMC has a string of upcoming shows, including McMafia and The Little Drummer Girl.

It is the first French series acquired for worldwide distribution by Amazon.