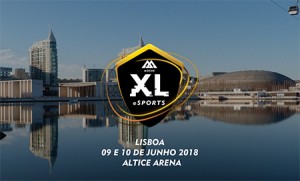 Altice Portugal is to create what it claims to be the biggest eSports event yet held in the country, to take place at the Altice Arena next year.

The event will take place at the arena on June 9 and 10 next year. In addition to League of Legends and CS:GO, Moche XL eSports will feature a stage in the tournament built around leading mobile game Clash Royale and a stage of FIFA ’18.

Moche XL eSports will be produced by E2tech, which is responsible for the existing Lisbon Games Week event and XLparty, with public broadcaster RTP and SAPO contributing as media partners.

In addition to the competition stages, the event will feature a venue for XLparty’s LAN Parties, a stage dedicated to the game community featuring startups from younger creators, an eSports conference, team events, game launches, new technologies and a retro-gaming area.