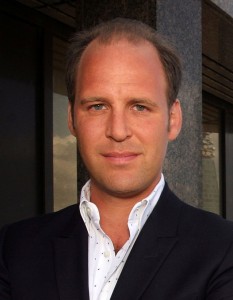 Good TV translates across different screen types and it is up to viewers to figure out the best way to access that content, according to ITV’s managing director of online, Paul Kanareck.

Speaking at the OTTtv World Summit in London yesterday, Kanareck challenged a number of percieved ‘truisms’ in the industry – such as young people don’t watch TV anymore – and used ITV’s breakout hit Love Island as evidence that successful TV still cuts through.

According to ITV’s stats, the the youth-skewing reality show had a total of 150 million viewing requests on the ITV Hub across the series – this included an average 1.5 million online catch-up requests per day and an average 500,000 live requests via the online Hub service.

“Our audience do not think ‘mobile first’, ‘digital first’… they want to watch great TV shows and then figure out themselves the best way of doing that.”

Despite the rise of digital services like YouTube and social platforms like Facebook, Kanareck said that “it is still true today that we spend more time with TV than any other media” and claimed that “the overall pie of viewing has gone up”.

He claimed that while companies like ITV, the BBC, Sky, Netflix and Amazon make “beautiful, very well crafted” television programmes, online publishers and platforms like Facebook, YouTube, the Huffington Post, AOL, Buzzfeed and The Telegraph are rooted in the world of video.

“The danger is if you start conflating the two to advertisers,” he said. “Just because it’s video doesn’t mean it’s the same thing. All video was not born equal.”