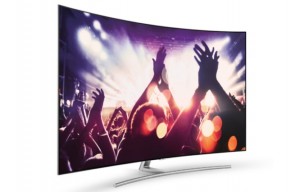 This year 35% of TVs sold globally will be 4K, ultra high definition (UHD) sets, taking the worldwide household penetration of 4K UHD TVs to 8%, according to Futuresource Consulting.

The research firm said that as the average price of TVs continues to fall, and larger screens increase in popularity, many of sets will be UHD as standard, and described high dynamic range (HDR) as the “new battlefield” for device manufacturers.

In the media streaming market, new UHD devices from Roku, Amazon and Apple will help 4K UHD shipments to account for 36% of all media streamers sold in 2017, according to the report.

Futuresource also said that the UHD market is being spurred by big transactional and subscription video-on-demand providers, with Netflix banking over 1,000 hours of UHD content and UHD a “renewed focus for Apple, Google and Amazon”.

Apple’s offer of 4K UHD titles at the same price as HD on its iTunes store has prompted a response from Amazon and Google, both of which have lowered the cost of 4K UHD titles, said the research.

“As such, by the end of 2017 globally, it is expected that there will be over 33 million homes with a 4K TV and an SVoD subscription that offers UHD content.

“SVOD providers don’t face the same issues as broadcasters in delivering content, also problems with interoperability are significantly reduced due to IP connectivity. As such, continued growth of available content on these platforms is expected.”