The offering is available initially on Samsung Tizen UHD HDR TVs, but Rakuten TV CEO Jacinto Roca told DTVE that the aim is to launch on smart TVs by manufacturers like LG, Panasonic and Sony in the future. 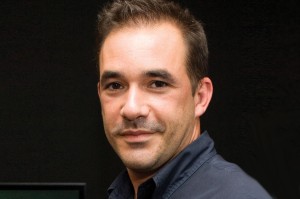 “Our objective as a company is to deliver the best cinema experience at home,” said Roca (pictured). “We believe that there is an opportunity thanks to the window between cinema and digital becoming shorter and shorter.”

At launch the 4K HDR offering will consist of 70 films, including new release titles like Transformers: The Last Knight, Spider-Man: Homecoming, Baby Driver, and Baywatch.

“That will be 100 titles before the end of the year, becoming the biggest 4K HDR catalogue in Europe,” said Roca.

Rakuten TV currently has 4K HDR deals in place with Sony Pictures and Paramount and aims to widen this to all the major Hollywood studios in the coming months. In the UK 4K HDR titles will be available to watch for £5.99 each.

“We want to empower smart TV owners to have access to the highest audio-visual quality when they want to watch their favourite movies. Comfortably sitting on their sofas, as if they were in theatres,” said Roca.

The news comes after DTVE reported this week that Rakuten TV – which is live in 12 markets across Europe – is mulling plans to expand its footprint, specifically looking at the Nordics and Eastern Europe.

Speaking to DTVE, CEO Jacinto Roca said: “We have the intention to launch but we don’t have concrete plans yet…The idea is to cover Europe as a whole. I think that will be the main priority.”

Rakuten TV was founded as Wuaki.tv in 2009 and acquired by Rakuten in 2012. It was rebranded to Rakuten TV in July of this year.