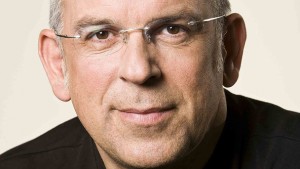 Smith will work with Edge Investments chief executive David Glick and his team of managers to unearth and jointlyback creative companies.

Smith exited the BBC’s commercial arm in October 2012 as Tim Davie stepped up the replace him. He joined fashion brand Burberry as COO in March 2013.

Edge, meanwhile, has been a historic investor in TV companies, having owned stakes in companies such as Coolabi and Chapman Entertainment.

A year ago, it announced a £10 million investment fund for UK production companies with revenues of around £1 million after hiring former Channel 4 Indie Growth Fund corporate development Joanna Smith.

It subsequently bought into Professor Green: Suicide and Me producer Antidote Productions, and last month took a minority stake in Dial Square 86, the parent of London-based digital distribution platform TRX. Smith, who worked at UK pubcaster the BBC for 23 years, will use his connections to find new opportunities under terms of the pact, which is coloured as a ‘venture partnership’.

He is credited with delivering a four-fold increase in BBCWW revenues during his eight years as CEO, and spearheaded the strategy to push series such as Top Gear, Dancing with the Stars (Strictly Come Dancing) and Sherlock on the international market.

Smith described Edge as “the ‘go to’ specialist investors in the creative industries”.

“We at Edge have long admired John Smith for his impressive career and excellent relationships, so the chance to work together is compelling for us and our investors,” said Glick, who founded Edge in 2006.

“John has led a number of global businesses. He has a great track record across finance, operations and the creative process and a reputation for identifying and realising the new opportunities offered by the digital economy.”