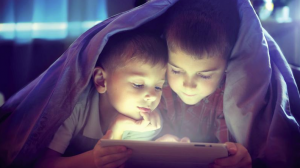 Investing in content will “give customers more reasons to come back to SFR” and will provide new opportunities to increase revenue by charging more for bundles, according to Altice CEO Michel Combes. Combes, speaking to analysts after the cable and telecom group posted disappointing Q3 financials at the end of last week, partly due to SFR’s poor performance, said that content would “help improve brand perception” of the French multi-play operator, in tandem with the move to use the Altice brand for all services.

Combes said that content would provide “a more differentiated service” that would bring customers back to the service, despite “some damage to the SFR brand” as a result of “historical under-investment” prior to Altice taking the company over.

“We are seeing churn reduction among customers taking content bundles. Our own surveys show customers value content more and more when choosing their plan and we are also seeing record audience share on our own free-to-air channels,” he said.

Combes said that the combined audience share of SFR’s own channels among its customer base was 12%, adding that this showed the channels were “a meaningful part of customers bundles” even though much of the content that Altice has invested in has yet to be made available to its customers.

Combes said the content investment would provide additional revenues through the wholesaling of channels to third-party operators as well as the launch of apps such as SFR Sport. “Overall, we expect that these content investments will help us return to growth on a sustainable basis,” he said.

Combes said that Altice was following a similar strategy in Portugal, where its proposed acquisition of the country’s leading commercial broadcaster, Media Capital, has attracted a wave of criticism from rivals.

He said that the Media Capital acquisition would “support [Altice’s] expansion into media in a very similar way” to its acquisition of NextRadioTV in France.

Combes said that Altice was “one of the largest foreign investors in Portugal” and was “committed to support the wider economy there”.

He said that Media Capital offered opportunities in free-to-air broadcasting through “investing in programming, adding new free-to-air channels and marketing the content already produced internationally, particularly in Altice markets”, and added that Altice wanted to “create an international content production hub” in Portugal on the model of the existing Altice Labs technology hub.

In a nod to the regulatory review of the Media Capital deal, Combes said the deal would “safeguard Portuguese media employment, innovation and pluralism” at a time when the media sector was under unprecedented pressure.

“We don’t think there is a viable alternative for Media Capital going forward,” he said.

Separately, Altice USA has struck a deal with US mobile telco Sprint to enable the US cable arm of Altice to sell mobile telecom services over Sprint’s network.

The move follows the collapse of talks between Sprint’s majority owner Softbank Group to merge the mobile telco with rival T-Mobile US.