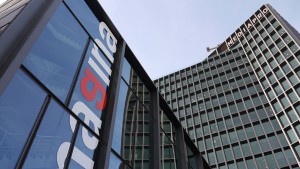 Spanish free and pay TV broadcaster and producer Mediapro has closed the sale of 54% of its capital to Chinese investment fund Orient Hontai Capital.

According to Spanish reports, the Chinese investment group is acquiring a majority stake in the Catalan outfit for €800 million, giving the company an overall value of over €1.6 billion.

News of the deal first emerged two weeks ago, when Mediapro founder Jaume Roures told the EFE news agency that the Chinese group taking a majority stake in Mediapro would not change the broadcaster’s strategy and that the investment fund would remain as a shareholder for a number of years and then seen an exit.

Roures said that the change of ownership would not change anything in terms of his role or that of his partner Taxto Benet.

Orient Hontai Captial is acquiring 23% from Grupo Torreal, 19% from Televisa and 11% fround founding partner Gerard Romy. The move will leave Roures and Benet with a joint 24% stake and advertising group WPP with 23%.

Orient Hontai specialises in investing in technology, media and communications and health. According to Spanish financial daily El Español, the Chinese group has confidence in the management team of Roures and Benet and is investing because it has faith in their strategy.

Mediapro in partnership with BeIN Sports has invested heavily in premium sports rights for the Spanish market. The pair paid €1.9 billion for domestic La Liga football rights and €1.1 billion for Champions League rights from next season. The group has also invested in Formula 1 rights for the Latin American market.