Amazon to up video investment in 2018 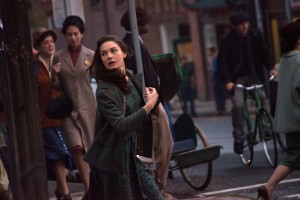 Amazon original, The Man in the High Castle

Amazon has pledged to increase its investment in video next year, tailoring its content decisions based on what “resonates with Prime members”.

He added that engagement with video, music and other Prime benefits is up year-on-year and that video continues to drive better conversion of free Prime trials, higher membership renewal rates for existing subscribers and higher overall engagement.

“We’re going to continue to invest in video and increase that investment in 2018. Why are we going to do that? It’s because the video business is having great results with our most important customer base, which is our Prime customers,” said Olsavsky.

Discussing Amazon’s use of data, he added: “We see the viewing patterns and we also see the sales patterns, so we can tie the two together and understand which video resonates with Prime members, which video doesn’t, and make mid course corrections.”

“We’re always changing the emphasis and looking for those more impactful shows, more shows that resonate better with our customer base, and things they want to see.”

While Olsavsky didn’t put a financial figure on how much Amazon plans to spend on video next year, the comments come a week after Netflix pledged to spend US$7-US$8 billion on content on a profit-and-loss basis in 2018.

Since his departure, Amazon has made a number of changes. Conrad Riggs, Amazon Studios’ head of unscripted content, has been released from the company and replaced by senior creative executive Heather Schuster.

Prior to all this, Variety last month reported on a major programming strategy shift that was already underway at Amazon Studios, with Amazon CEO Jeff Bezos apparently requesting a focus on big, globally popular shows like Game of Thrones.

In Q3 Amazon reported a 34% increase in net sales to US$43.7 billion in the third quarter. Net income was US$256 million compared with net income of US$252 million a year earlier, while operating income decreased 40% to US$347 million.