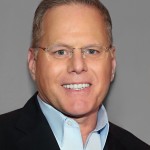 Discovery Communications CEO David Zaslav has said the ability to mine Scripps Networks Interactive’s catalogue was the key driver behind the US$14.6 billion deal.

During a roundtable discussion at MIPCOM last week, Zaslav passionately talked up the deal, whose price tag raised eyebrows after an initial valuation was around US$9 billion, saying its rationale had been “a little bit misunderstood.

“What people don’t see, which is the most important thing to us, is they own all of their content, which has long view length and superfans, and really aligns with us,” he said.

“When we looked at the market place, we saw us, Scripps and Disney as the only three global media companies that own all of their content and have the ability to sell it to any platform. We saw it as a very large acquisition of superfan IP.”

From a more traditional standpoint, he added there was “substantial synergy” between Discovery and Scripps, said Zaslav. “Together we have most of the quality brands in the US with meaningful scale. People are looking for quality brands in bundles and we think together we will have a lot of weight.”

He also reaffirmed that some Scripps brands may be moved to new platforms as Discovery looks to take them around the world to exploit the wholly owned catalogue of content.

Questioned how producers would survive if major media groups continue to push deeper into IP and rights ownership, Zaslav suggested the number of new commissioning platforms – including Facebook, Snap and YouTube, Netflix and Amazon plus more traditional networks ­­– meant there was more business for prodcos than ever before.

On completion, Scripps’ shareholders (95% of whom are from the Scripps family) will own 20% of Discovery’s stock, with Scripps chairman, president and CEO Kenneth Lowe expected to join the board.