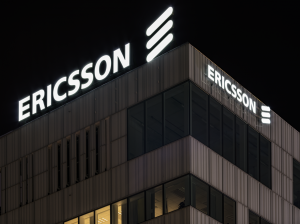 The agreement expands the existing relationship between the two companies, with Ericsson now supporting 10 Fox television channels from its Abu Dhabi hub.

“Building on our long-term partnership, we are delighted to select Ericsson for the playout, media management and global distribution services on our three new HD channels in the Middle East.”

Fox Crime is an entertainment channel dedicated to crime and investigation; Fox Life will offer a  mix of travel, food, home, and wellness programs tailored to a Middle East audience; while Fox Rewayat is Fox Network’s first Arabic language channel.

News of the deal comes after Ericcson reported declines in sales and operating income in its Q3 results on Friday. Sales decreased 6% year-on-year to SEK47.8 billion (€4.95 billion), while the company made an operating loss of SEK4.8 billion, compared to operating income of SEK0.3 billion a year earlier.

The company said that restructuring charges of SEK2.8 billion were taken in the quarter, including a write-down of SEK1.6 billion related to the decision to close and divest its ICT centre in Canada.

“We continue to execute on our focused business strategy. While more remains to be done we are starting to see some encouraging improvements in our performance despite a continued challenging market,” said Ericsson president and CEO, Börje Ekholm.