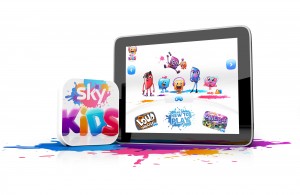 Sky has added a host of games to its Sky Kids app, including titles featuring popular characters like SpongeBob, Peppa Pig, Ben 10 and Bubble Guppies.

Sky said that new games are also on the way from The Amazing World of Gumball, Scooby-Doo, Adventure Time and its own Sky Kids Art Studio.

“Children and parents have been loving the Sky Kids app, with over half a million registering to use it since it launched last year,” said Lucy Murphy, head of kids content, Sky.

“It’s a great way to keep kids entertained, and now with new games to play and more being added every month, they have another fun way to dive into the worlds of their favourite characters. And as mums and dads know that it’s a safe and secure environment, everyone’s happy.”

Sky rolled out the Sky Kids App to Germany and Austria in July last year.