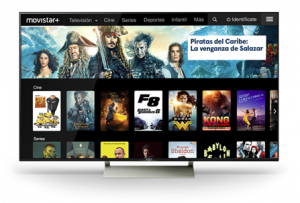 Spanish pay TV service Movistar+ is now available on Sony smart TVs that use the Android TV operating system, which accounts for the majority of the consumer electronics giant’s sets.

Movistar+ has revamped its app on Sony TVs to offer more content, allowing subscribers to view up to three streams simultaneously in different parts of their home.

Existing customers will have immediate access, while new users will also be access Movistar+ after registering for the service. All content to which users are entitled via their subscription package will be available via Sony Android TV sets.