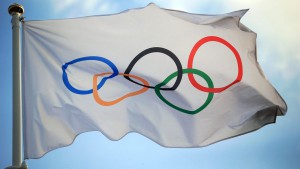 Eurosport has agreed a content and advertising deal with Snap to bring coverage of the 2018 Winter Olympic Games in PyeongChang to Snapchat.

Different types of curated content from the games will appear on Snap’s Discovery platform – including behind-the-scenes action from Olympic snowboarding, skiing and ice hockey events, and content from athletes and influencers.

Olympic Games Snaps will be created by a dedicated team of editors at Snapchat, and will be combined with Discovery-owned Eurosport’s Olympic Games footage. Discovery’s ad sales teams across Europe will also offer Snap Ad packages to brands.

“We are thrilled to bring the excitement and passion of the Olympic Games directly to Snap’s dynamic and engaged younger audience, allowing Discovery to deliver on its promise to bring the Games to more people across more screens in Europe than ever before” said Michael Lang, President, international development and digital for Discovery International.

Ben Schwerin, vice president of partnerships for Snap said: “Snapchat gives sports fans an unparalleled way to experience the Olympic Games and engage with their favourite athletes and teams. Discovery has already been a great collaborator for us, reimagining their iconic Shark Week franchise into a Show for Snapchat.”

The news comes a day after Snap and NBCUniversal announced they are partnering on a new digital content studio that will make made-for-mobile programming that will primarily debut on Snapchat.