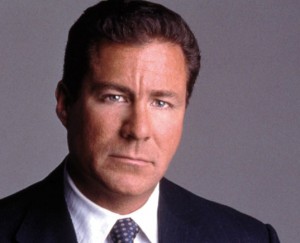 HBO stands to benefit from changes taking place in the content distribution landscape and the value of its brand will be more relevant than ever in the future, according to Richard Plepler.

HBO’s chairman and CEO made the claim while speaking on stage at MIPCOM, where he was presented with Variety magazine’s Vanguard award yesterday evening.

Plepler said that in a world where there is a “surfeit” of scripted content of varying quality, the value of HBO’s brand, signifying quality, would only increase in value.

“What will matter going forward…is brands,” he said. People will understand that HBO stands for “superior programming across a range of genres” and decisions on programming will continue to be made by the company “on the basis of whether or not it elevates our brand”.

Plepler said that the HBO marque is about “curated quality” and added that there will continue to be “a huge market for that”. He said that despite intensified competition for talent, the “line [of projects] at our door” is “longer than ever”.

With regard to changes in the distribution landscape, he said that the emergence of ‘skinny bundles’ with a lower price point than old-fashioned big basic offerings is good for HBO. Because HBO has always been a premium a la carte offering, the cheaper the bundle, the easier it will be for it to sell its service on top of that.

Asked whether HBO is now inclining towards an ‘OTT first’ strategy following recent moves, including the launch of its new OTT TV service in Spain, Plepler said HBO would continue to work with distribution platforms, adding that the company had helped operators “make their bundles stickier” and had always “made money for its partners”.

He said that the programmer had a solid licensing business internationally and will look “region by region” in deciding whether to launch OTT services in the future.

“What’s exciting to us internationally…is we’re running a multilateral strategy,” he said, including OTT, platform carriage and third-party licensing.

Plepler said that HBO is on course to achieve “the biggest subscriber growth” this year in its 45-year history. He added that HBO will have “one global platform” next year, enabling it to further scale its global distribution drive.

Addressing HBO’s commitment to producing local shows outside the US, Plepler said that “indigenous programming always outperforms [international shows] including Game of Thrones”. He said that shows developed internationally would be fed back into the US market and distributed via HBO Now and HBO Go.

Plepler said that HBO is “not trying to be Netflix”, adding that the services are not inevitably in competition for subscribers because they appeal to “entertainment junkies” who often take both.

Turning to specific projects, Plepler addressed the recent controversy over planned alternative history drama Confederate, in which the US civil war ends in stalemate. – resulting in a backlash that saw the Twitter hashtag #NoConfederate become the leading trending topic during the airing of an episode of Game of Thrones.

“I think the mistake we made was we announced a very complicated project in a two page press release. When you listen to the intricacies of the pitch, it is actually very moving. Their embryonic ideas of what this can be are the very opposite of the ideas that accrued from the announcement,” he said.

Plepler said the project would still go forward, and that HBO would “sit down with reporters” and “explain what we are trying to do” when the series is further developed.

On the forthcoming AT&T/Time Warner merger, Plepler said this would benefit HBO: “Having [access to] the kind of data that will come from this merger…i can’t help but think this will be a great additive gain for us.”

With regards to the danger of a culture clash, Plepler said that AT&T chairman and CEO Randall Stephenson understands that “the entertainment business has its own DNA”.