SVOD players ‘need to drop prices’ to succeed in CEE 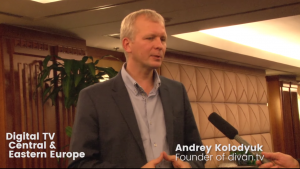 In order to succeed in Central and Eastern Europe, SVOD operators need to reduce the price of their services to US$3-$5, according to the founder of CIS-based OTT TV provider Divan.TV.

Speaking at the Digital TV Central and Eastern Europe conference in Budapest today, Andrey Kolodyuk said that subscription video-on-demand players should also focus on local programming and bundle their service with linear TV to get the most popular content.

Netflix, the key global SVOD player in the market, is not flexible enough to do this, he claimed, while buying rights to popular primetime content – such as local versions of international shows – is too expensive for regional and local on-demand players.

“People don’t have much time and there is a lot of content available,” he said, adding that four out of the top 10 players in the region of the CIS are considering mergers or acquisitions.

Kolodyuk said that local and ethnic content remains a mainstay of services in the region, and claimed that Netflix does not have this and its price point is high for the region. He said that internet piracy hits the SVOD players most.

Discussing the region’s SVOD market, he said that Netflix could be expected to exit the Russian market because of foreign ownership regulations affecting companies with more than 100,000 monthly users.

Divan.TV, unlike the global players, offers linear TV as well as SVOD. It and other local players also have catch-up rights. Kolodyuk said that linear TV plus VOD is competitive with SVOD because its pricing is more attractive.

He added that having local content –  including popular TV shows – is key to success, given that the most-watched shows are local versions of popular international formats, which are owned by the local TV players.

He also said during his presentation that Poland will be a significant market for Divan.TV going forward, and that he was looking for local content partners in this market.