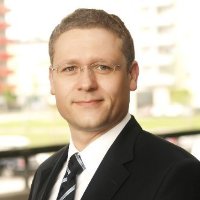 The small size of markets and the low-cost of triple-play make the CEE region challenging for the likes of Netflix and present the opportunity for telcos to take the lead in OTT TV, according to Nikola Francetic.

Speaking at Digital TV CEE in Budapest, the head of group content, media and broadcasting, at Telekom Austria said that the OTT TV scene in CEE is “getting pretty crowded”.

The global players have entered the market, but in a “not very ambitious way” because of the small size of the markets and the high price of services relative to disposable income. Netflix has limited local content and different rights for neighbouring markets that makes it frustrating for people who travel between territories, he claimed.

Triple-play services in the region typically only cost about €20, making Netflix relatively expensive. Telcos therefore have an opportunity in the region, he added.

Francetic said that, in addition to low income, lack of local content and small markets across the region, most people still only watch linear TV. Global players have not localised, giving local telcos an opportunity. The big challenge is to get people to use the service, he said. The other key challenge is working with local content providers.

Telekom Austria last year launched its own OTT TV service under the Now brand, bringing in NDVR, XVOD, radio and time shifting into a single service.

One of the key drivers for the service, as for pay TV, is live exclusive sports. In Bulgaria Telekom Austria acquired the rights to the recent Mayweather-McGregor boxing match, which raised awareness of the service.

Francetic said that Telekom Austria can also zero rate the service for mobile data in some markets, which raised usage on mobile devices from 40% to 65%.

Telekom Austria-owned Mtel has been very successful in marketing the service in Bulgaria on mobile through inventive use of tariffs and exclusive sports channels. In Croatia SVOD usage reached a high level through Game of Thrones, while in Slovenia the use of catch-up and time-shifting has been the driver.

In Croatia, the telco has collaborated with HBO, airing Game of Thrones fully localised, which increased viewership of SVOD from the low teens to about 40% when new episodes were aired.

Francetic said there was still a certain strategic tension over building OTT TV that can be marketed off-net where the operator’s local subsidiaries are also focused on building their triple- or quad-play bases with existing TV services as part of the mix. Nevertheless, he said, the offering is central to Telekom Austria’s strategy moving forwards and would benefit its core business.