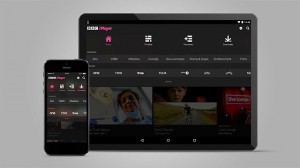 More than 33,000 people aged 18 to 25 in the UK were caught watching live or catch-up TV on the BBC iPlayer without a TV licence in the past year, according to new figures.

TV Licensing issued the stats along with a warning to new students that they could face prosecution and a fine of up to £1,000 if they are caught watching live TV or BBC programmes on iPlayer, on any device, without a TV licence.

“With most students owning at least one device capable of showing live TV or watching BBC iPlayer – such as a laptop, smartphone or tablet computer – it’s important they know the law around being correctly licensed,” said TV Licensing spokesman, Jason Hill.

“If you’re watching live TV on any device, including mobiles and tablets, or watch catch up programmes on BBC iPlayer, you need a TV Licence.”

According to TV Licensing research, 82% of students in the UK use the BBC iPlayer, making it the most popular catch-up service among this demographic group.

The new figures come just over a year after the UK government changed the law, requiring all people who watch on-demand content on the BBC iPlayer to pay the licence fee.

The move, which came into force on September 1, 2016, marked the first time that UK viewers needed to pay to access non-live BBC programming via the web.

Previously a TV licence was only needed by people who watched or recorded BBC television at its original time of broadcast.

TV Licensing reiterated this week that if students live in halls of residence and watch live TV or BBC iPlayer programmes in their room, they will need their own TV licence. Students in shared houses with joint tenancy agreements only need a single licence for the home.