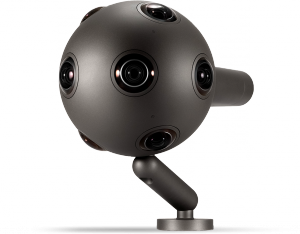 The company said that it plans to reduce VR investments, in a strategic rethink that will result in the layoff of up to 310 of Nokia Technologies’ roughly 1,090 employees – mainly in Finland, the US and UK.

The change of direction will see Nokia Technologies instead sharpen its focus on digital health, following its acquisition of French connected device business Withings in 2016.

At the same time it will focus on growing brand and technology licensing and leave its patent licensing business untouched.

Nokia said that though it will no longer develop future versions of the OZO camera and hardware, it will maintain commitments to existing customers.

“Nokia Technologies is at a point where, with the right focus and investments, we can meaningfully grow our footprint in the digital health market, and we must seize that opportunity,” said Gregory Lee, president of Nokia Technologies.

“While necessary, the changes will also affect our employees, and as a responsible company we are committed to providing the needed support to those affected.”

Speaking at an analyst briefing earlier this year, Tarif Sayed, head of VR Technologies at Nokia OZO, described VR headset uptake in 2016 as “disappointing”, but predicted the market will be bolstered by a number of milestones – such as the reduction of VR headset prices, increased affordability of VR-compatible high-end PCs and laptops, and the introduction of new all-in-one wireless VR headsets.

“Last year when people started looking at the disappointing shipping numbers of headsets, it wasn’t a good moment. I think [at] the end of this year, many companies will celebrate their success – I’m very confident about that,” said Sayed at the time.