Former Channel 4 content chief Jay Hunt is being linked with a role at Apple.

According to sources, she has been in talks over an unspecified role at the tech giant’s London office. 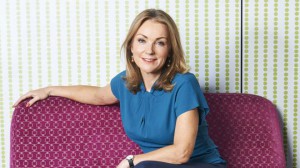 The story first emerged on the On the Airwaves news site.

Hunt is known to be well in with Apple original video chiefs Jamie Erlicht and Zach van Amburg, having worked with them on Channel 4 sci-fi anthology Philip K. Dick’s Electric Dreams when they were running Sony Pictures Television.

Hunt has been heavily linked with another digital content player, Netflix, but has publicly played down that link.

She left Channel 4 last month after seven years as chief creative officer with the UK broadcaster, having brought shows such as The Great British Bake Off and Electric Dreams to the commercially funded public service broadcaster.

Numerous execs are lining up to replace her at Channel 4, with interviews believed to be in their final stages. BBC Three controller Damian Kavanagh and Hunt’s deputy, Ralph Lee are both in contention, though sources suggest the later may no longer be in the running.

On Friday, former BBC director general Danny Cohen was the latest to rule himself out after reports claimed he was unexpected candidate.

Apple, meanwhile, has been building out its content team following the appointments of van Amburg and Erlicht has head of video programming.

They have hired a number of execs, including former WGN America chief Matt Cherniss, and are thought to be looking at big ticket dramas, despite Apple seemingly not having a

An Apple spokesperson declined to comment when contacted by DTVE sister title TBI, while Hunt couldn’t be reached for comment this morning.