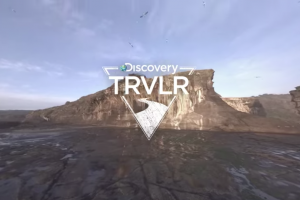 The 38-espisode, 360-degree series is designed to give viewers a glimpse of the lives of “fascinating locals in every corner of the globe”.

Discovery said that TRVLR explores “mind-blowing rituals, obscure traditions and life-threatening quests” from around the world, immersing viewers in the sights, sounds and stories of different cultures.

“Discovery’s viewers look to us for innovation and expect to be taken places that satisfy their desire for exploration and adventure,” said Rebecca Howard, who joined Discovery VR last year as senior vice-president, emerging platforms and partnerships.

“Like Discovery, Google’s VR team shares a passion for VR storytelling and we are thrilled to partner with them on Discovery TRVLR, our most ambitious endeavour to date.”

The series is divided into seven chapters, each exploring a different continent. The North America, South America, Asia, Africa, Europe and Australia chapters consist of six episodes each, while the Antarctica chapter has two episodes.

It was developed by Discovery VR and Google’s VR team and will launch on YouTube, DiscoveryVR.com and the Discovery VR app for Android and iOS on November 3.

The company said its VR division now has a programming lineup of over 160 experiences, and claims the Discovery VR app has accrued 4.3 million downloads and more than 123 million organic views to date.

The news comes after Google unveiled its new Pixel 2 line of VR and AR-ready smartphones yesterday and an updated version of its Google Daydream View headset.