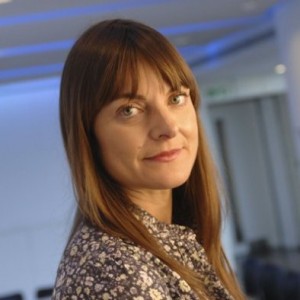 Victoria Jaye, head of TV content for BBC iPlayer, is to leave the BBC.

Jaye, who has played a leading role in leading the BBC’s digital commissioning strategy for a decade and led the creative relaunch of iPlayer in 2014, will remain with the broadcaster until March next year, according to the BBC. She is currently working on pulling together digital strategy across the pubcaster’s content division.

A BBC spokesman said that the broadcaster was looking at the structure of the digital team and expected to make a further announcement in due course.

The relaunch of iPlayer three years ago saw the flagship on-demand service extend beyond its initial catch-up role to embrace the box-set revolution, with the release of whole BBC TV series ahead of broadcast.

In addition to being instrumental to that relaunch, Jaye was also involved in commissioning original programming for the service, including Adam Curtis’ BAFTA-nominated films Hypernormalisation and Bitter Lake, Frankie Boyle’s Political Autopsies, Frank Skinner’s On Demand With... and cult films The Rack Pack, Simon Amstell’s Carnage and Charlie Lyne’s Fear Itself.

Jaye launched an iPlayer pilots scheme with original short-form series such as People Just Do Nothing and Impractical Jokers, and introduced collaborations with art museums The Tate, the V&A and the National Portrait Gallery to bring art exhibitions to the on-demand service with Private View.

Jaye, who served as launch editor of youth channel BBC Three, was seconded to BBC Worldwide as editorial director, where she advised on new SVOD service Britbox USA, before taking on her current strategy role.