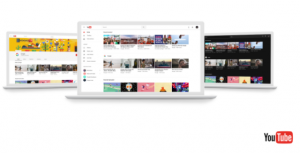 YouTube has launched a new tool designed to make it easier for advertisers to create different versions of a campaign, targeted for specific audiences.

Director Mix lets advertisers give YouTube “the building blocks” of their video ad – for instance different voiceovers, backgrounds and copy.

YouTube will then create “thousands of versions” of that ad to match various audience segments.

“Campbell’s Soup used Director Mix to create videos with clever copy based on the content people were about to watch,” said Diya Jolly, director of product management, YouTube and video monetisation.

“For instance if you clicked to watch clips from Orange is the New Black, you’d see a bumper asking ‘does your cooking make prison food seem good? We’ve got a soup for that.’ And it worked: Campbell’s earned a 55% lift in sales and a 24% lift in ad recall with this campaign.”

YouTube announced Director Mix alongside a selection of other tools designed to help advertisers “capture the attention of your audience on YouTube”.

These include expanding the ways advertisers can target audiences based on the kind of searches they do, or the kind of places and apps they like, via its ‘custom affinity audiences’ tool.

“You can pivot, you can react—and you can take consumers down a different path depending on which ads are working for them,” said Jolly.

“For instance, you could start with a fifteen-second TrueView ad to build awareness, continue with another, longer spot that communicates product attributes, then follow with a six-second bumper ad to keep top-of-mind and drive to purchase.”