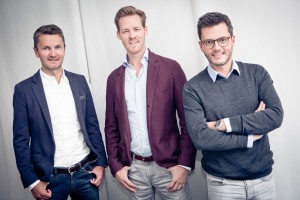 Tele München has taken a “significant minority stake” in the business and said that the deal will further diversify its core business by expanding into the digital content market.

“We are looking forward to working with Load Studios and to taking advantage of all the new opportunities that arise from creating innovative content for the digital markets.”

Ramme, who is Load Studios’ managing director, said: “As a dynamic and fully integrated media company, Tele München Group is a perfect match for us. The relationship will help us grow and expand into the international market place.”

With the deal Ramme will continue to oversee all operational tasks at Load Studios, while Bernd Wendeln, Tele München’s head of corporate development and M&A, will serve as chairman of Load Studio’s board.

Tele München Group defines itself as an integrated media company that covers all segments of audio-visual rights trading and distribution. It was first founded as a TV production company in 1970.