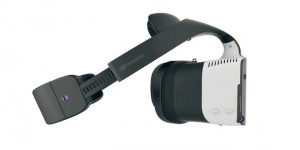 Intel is reportedly shelving plans to launch Project Alloy as an open platform for developers and partners to launch their own branded VR headsets.

According to a report on virtual reality site RoadtoVR, Intel has dropped plans to launch the VR headset open reference design due to lack of interest from partners.

“Intel has made the decision to wind down its Project Alloy reference design, however we will continue to invest in the development of technologies to power next-generation AR/VR experiences,” an Intel spokesperson told RoadtoVR.

Intel will reportedly now focus on technologies like: Movidius for visual processing; Intel RealSense for depth sensing; and other technologies like Intel WiGig, Thunderbolt, and Intel Optane.

“Project Alloy served as a great proof of concept for Intel and the industry – showing what’s possible in a high-performance, immersive and untethered VR experience. What we’ve learned through Project Alloy will inform future efforts,” said the spokesperson.

At the time, Intel said that it will open the Alloy hardware and provide open APIs for the ecosystem, allowing developers and partners to create their own branded products from the Alloy design, starting in 2017.