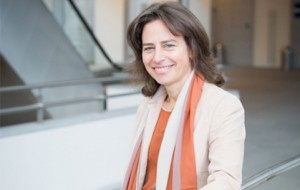 Belgian service provider Proximus has come onboard as a new shareholder in Belgian startup community Co.Station.

Proximus has been collaborating with Co.Station since September 216 and said that innovation is an important part of its growth strategy.

As a shareholder, Proximus said it is “stepping up its commitment” to Co.Station and will build “stronger bridges” for its community of digital startups.

“As a founding partner of Co.Station Ghent, we realised how much we share Co.Station’s values and ambitions. Becoming a shareholder was the logical next step.”

Co.Station Belgium’s CEO, Wouter Remaut, said: “Proximus’ appointment as a shareholder will help us capitalise on new opportunities and deliver more value to our community. It will further reinforce Co.Station’s role as the natural bridge between corporate and startups.”

Earlier this month Nordic entertainment company MTG launched a start-up accelerator in Norway that will see it offer digital companies free office space and the chance to collaborate on content, concepts and technology.

In April of this year, Orange in France partnered with Facebook to launch a startup accelerator focused on network infrastructure innovation.