UK creative industries ‘could be worth £128bn’ in 10 years 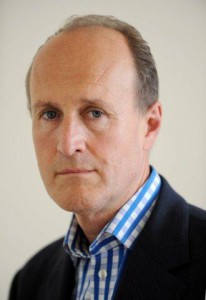 The UK’s creative industries could be worth £128.4 billion (€145.8 billion) by 2025 and create a million new jobs by 2030, according to a government-commissioned review headed by ITV chairman Peter Bazalgette.

According to the review, the creative sector played a key role in the UK’s economic recovery after the 2008 crash. The industry contributed £87.4 billion to the economy in gross value added terms in 2015, representing 5.3% of the overall economy, comparable to the construction and information sectors. The sector is also a net exporter of services, turning in a surplus of £11.1 billion in 2014.

The report also found that creative sector jobs are more resistant than others to automation, with 87% of creative workers in the UK at low or no risk of being replaced by machines.

The ‘screen industries’ – TV, film and games – accounted for £13.8 billion of the total creative gross valued added output and 158,000 jobs over the period, according to the review.

Bazalgette said tax reliefs introduced in 2013 remain crucial to the success of ‘high-end’ TV, leading to a production boom worth £1.5 billion. It was important, he said, that these and other tax reliefs were sustained in light of the industry’s “openness to disruption by fluctuations in exchange rates and international competition for business”.

The screen industries overall had seen inward investment to the UK of £9 billion since tax relief was introduced in 2007, he said.

Bazalgette said that the UK’s TV industry has seen growth of 39% over seven years, underpinned by a successful long-term regulatory regime.

However, he said there are key challenges to ensure the future health of the TV production sector, with a lack of modern studio space and skilled crews potentially leading to investment going to territories including North America and Eastern Europe.

Bazalgette’s key overall recommendation for the creative industries is to support regional growth with an approach similar to the existing City Deal model, supported by a £500 million Creative Clusters Fund. This would be awarded to clusters that compete for status and support on merit to be a ‘Key Creative Cluster’.

In terms of the ‘screen industries’, Bazalgette recommended in particular that the government invest in virtual reality and augmented reality technology to ensure that the “UK builds a reputation as the most highly skilled nation to produce screen-based content that exploits these technologies”.

Publication of the report comes as the government launches a £80 million Creative Clusters Programme competiton, led by the Arts and Humanities Research Council (AHRC).

The programme will enable eight areas of the country to create research and development partnerships between universities and industries. Half of the funding will come from the government’s Industrial Strategy Challenge Fund, with the rest to come from industry.

Business secretary Greg Clark said that the government would work with Bazalgette over the coming months to develop a “sector deal that helps us grasp the opportunities ahead”.

The review calls on the government to build a strategy to attract and develop young talent to make the creative industries more accessible, including a careers programme for secondary schools and expanding the UK’s network of Saturday Clubs.

Bazalgette said: “In every scenario the creative industries are set to be of central importance to the UK’s future success. We have two great assets: the English language and our creativity, but the skills and business models of this sector are of increasing importance. My report recommends simple ways of maximising the potential of this crucial sector which I’d like to see become part of the government’s developing industrial strategy. I urge government to ensure the final strategy is based on a fundamental understanding of what these industries need to thrive.”

Culture secretary Karen Bradley said: “The UK’s Creative Industries are an economic powerhouse and the government is committed to removing the barriers to its growth. The key challenge now is turning these ideas into a strong partnership, which is credible and has buy-in from both government and industry. I encourage the sector to do what it does best – think creatively and work with us on achieving a compelling and ambitious deal that allows the UK creative industries to continue to thrive.”

Commenting on the review, Jeremy Silver, CEO of Digital Catapult and a member of the UK Creative Industries Council, said that it highlighted that “the intersection between the creative and technology sectors holds huge potential for UK economic growth”. He said that while the UK immersive sector is second in size to the US, “collaboration across various creative industries sector…will be key to increasing the UK’s slice of this rapidly growing pie”.