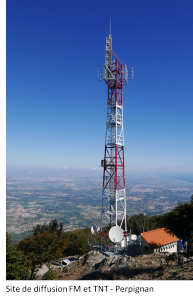 French radio and TV group NRJ is planning to sell its transmission arm, Towercast, and aims to raise over €300 million from the sale, according to local reports.

According to Le Figaro newspaper, the sale of the transmission towers outfit will be launched imminently.

According to the paper, NRJ Group founder and CEO Jean-Paul Baudecroux has managed mergers and acquisitions specialist Invest Corporate Finance to study the sale of the transmission towers outfit. The paper reports that NRJ has received a number of expressions of interest on the parts of investment funds and potential industry buyers.

According to financial daily Les Echos, citing unnamed sources, NRJ is likely to hire Kepler Cheuvreux to lead the process.

The move to sell Towercast follows the receipt of a payment of €18 million from the French government related to the sale of frequencies in the 700MHz band range to telecom companies, which led to the loss of two multiplexes and a sharp drop in revenue and profit last year.

Towercast competes with TDF in supplying transmission services in the country, and a sale could enable it to expand its customer base by dissociating it from a particular broadcast group – a point made explicitly by Baudecroux to Le Figaro. He said that Towercast was not a core asset for NRJ and could grow its revenue by 20-25% as an independent by acquiring a more diversified client base.

Towercast saw its revenues decline by 12.8% and operating income by 24% last year, leading some analysts to conclude that the price being demanded by NRJ is too high.

A sale could give the media group a significant cash boost to be invested in its core business. However, there has also been speculation that NRJ could follow the sale of its towers unit with the sale of other assets. The group owns TV channels NRJ12 and Chérie 25 as well as a number of radio services.