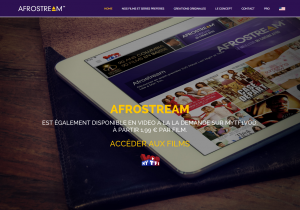 African-themed subscription video-on-demand service Afrostream is shutting down two years after its launch.

The service, which offers a mix of African, Afro-Caribbean and Afro-American movies and series, is shutting down after a key potential investor pulled out and because of competition from pirate services.

In an open letter addressed to “subscribers, partners, entrepreneurs and friends”, Afrostream founder Tonjé Bakang said that Afrostream was longer being commercialised as of September 13 and that the service would shut down definitively in France, the UK, Belgium, Luxembourg, Switzerland and 24 African countries including Benin, Burkina Faso, Cameroon, Congo, Gabon, Guinea-Bissau, Senegal and Togo.

Bakang said that the closure marked the end of a four-year “entrepreneurial adventure”, citing the difficulty of creating a viable business due to the need to acquire expensive content rights on a limited budget.

Afrostream, which set itself the goal of becoming the “Netflix of Afro-American and French films”, launched in France, Belgium, Luxembourg and Switzerland before expanding to French-speaking African countries last year.

Having failed to secure new investors at the end of last year, Bakang went ahead with the launch of a light version of Afrostream in the UK early this year, having acquired rights for a part of its catalogue for the UK market, with a view to selling the service.

In his letter, he said discussions had taken place with 10 potential buyers, but that ultimately he was unable to strike a deal before the company ran out of cash.