The Competition and Markets Authority (CMA) has appointed the investigation group that will put together its report into 21st Century Fox’s planned £18.5 billion (€20.5 billion) takeover of Sky. 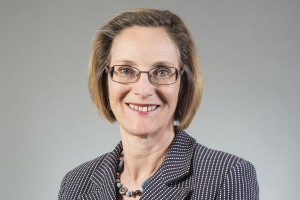 Anne Lambert will chair the group. She was appointed panel chair and panel member non-executive director of the CMA in October 2016, having been an inquiry chair since 2014. She is also currently a governor of Portsmouth University and a Trustee of The Woodland Trust.

The other panel members include Sarah Chambers, who has also been a panel member non-executive director of the CMA since October 2016, and is also chair of the applications panel of the Renewable Energy Consumer Code and a member of the Civil Aviation Authority consumer panel.

The other two panel members are John Krumins and Tim Tutton. Krumins is currently a chairman of IT services company Wavex and a non-executive director of corporate services firm Hogg Robinson Group. Tutton also works as a freelance economic adviser on economic and regulatory issues, and is a non-executive director of Bristol Water. Both were appointed to the CMA in 2013.

“We have experience investigating different issues in a wide range of sectors, from publishing to hospitals and even defence,” said Lambert.

“We will use that same evidence-based approach to thoroughly and impartially investigate the proposed takeover of Sky Plc by 21st Century Fox on the public interest grounds of media plurality and a genuine commitment to broadcasting standards.”

Culture secretary Karen Bradley announced last week that she would refer the Fox-Sky deal to the CMA, which will now launch a six-month investigation into the deal.

Afrer the CMA submits its final report Bradley will come to a final decision on whether the merger will proceed, including any conditions that should apply in order for it to do so.