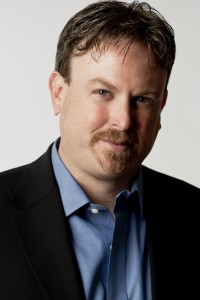 CFO Wells reiterated Ted Sarandos’ recent admission Netflix would spend US$7 billion on shows – mostly original content – in 2018, and has said spending US$20 million an hour on originals was not out of the question.

However, he told delegates at the Goldman Sachs Communacopia Conference yesterday, he added: “In the future we might be at a point where we might start seeing more budget constraint. That has some benefits in terms of helping drive discipline on the content line.”

Many analysts and journalists have pointed to a debt pile currently sitting at around US$5 billion as evidence of Netflix facing significant business challenges.

For the time being, however, content spend will continue to inflate provided Los Gatos-based Netflix is “able to continue to grow our global subscriber base like we think we can”, Wells said yesterday.

Netflix now has 104 million subscribers worldwide, and added a record 5.2 million in Q2, which Wells mainly contributed to getting “real scale as a producer and also having a combination of license and produced content”.

“We’re super excited about the potential for what that might look like in, say, five years. Is US$20 million-an-hour-television possible? Certainly, if you have the numbers of people watching it. We certainly can support that level of quality in terms of TV.”

Wells added that with the deep-pocketed Facebook and Apple becoming increasingly important buyers, Netflix was protected by its subscriber base and ability to grow business.