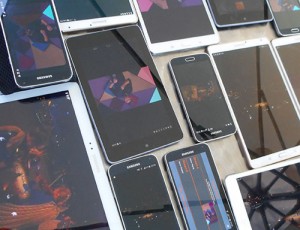 The technology, Bx-WiFi, was developed through a partnership with the BBC Research & Development, and the University of Hertfordshire, under a European Space Agency (ESA) contract, and was successfully live-tested at the Edinburgh Fringe Festival on August 12, 13 and 18, according to the group.

According to Global Invacom, Bx-WiFi enables simultaneous streaming of uninterrupted audio or video content from multiple sources – such as satellite feed, ‘live’ video or digital radio – to thousands of smartphone or tablet devices all located in the same hotspot (for example at an event). It uses Forward Error Correction to maintain video quality despite potential Wi-Fi packet loss, and multicast technology that minimises bandwidth usage when a large number of users are simultaneously streaming.

According to the company, the technology enables viewing of broadcast content at events without buffering or loss of signal. Bx WiFi does not rely on the Internet and uses little WiFi bandwidth, it says.

During the trial conducted in association with BBC R&D, participants streamed a comedy compilation from a previous Edinburgh festival as well as the Edinburgh Tattoo 2016.

“BX-WiFi is a breakthrough in streaming technology that is set to redefine video broadcast for large-scale events. Its scalability and flexibility ensure it can be deployed in diverse venues, including coffee shops, stadiums, and even aboard aircraft. We are pleased to work with partners who made this success possible,” said Steven Fisher, systems architect at Global Invacom.

“Bx-WiFi will provide high quality video streaming to large user numbers in dedicated locations without saturating the terrestrial broadband telecommunication network. It will facilitate a tremendous increase in video consumption creating major benefits for content providers together with a range of businesses and their customers,” said Pandelis Kourtessis, reader in communication networks at the University of Hertfordshire’s optical networks lab.