Tele2 Estonia teams up with Viasat for TV and internet service 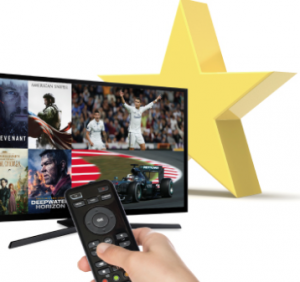 Mobile operator Tele2 Estonia has teamed up with pay TV outfit Viasat to launch a joint TV and internet offering across the country.

Tele2 and Viasat will offer two combination packages. A Silver package for €25 a month will include unlimited internet with speeds of up to 30Mbps downstream and 10Mbps upstream along with 25 Estonian channels and international lifestyle, news, kids and factual services. A Gold package for €28 will also include movies, sports and Russian TV channels. Prices include rental of equipment and connection.

Kristjan Seem, Tele2 Estonia’s sales and marketing director said that the pair would offer a strong channel selection including domestic channels, TV1000 and Viasat Sports, and added that Tele2’s 4G coverage would take the offering to parts of the country where fixed internet access was inadequate. The package of channels will be available without additional data charges.

Tanel Maal, marketing and communications manager for Viasat Estonia, said that the package offered the best value choice for Estonians who wanted to watch the country’s free and pay domestic channels alongside the Viasat offering.

Modern Times Group announced in March that it was selling its Baltic operations to Providence Equity Partners, including Estonian free-to-air channels TV3, TV3+ and TV6 as well as the Viasat pay TV service.

Providence’s acquisition of the Baltic operation followed a failed attempt to take control of Estonian cable operator Starman Group, which foundered on the objections of a minority shareholder, with the group being sold to Finnish operator Elisa.