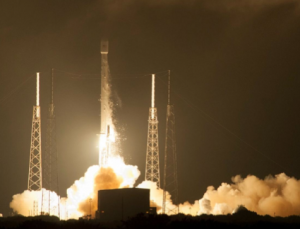 AsiaSat posted profits of HK$180 million (€19.6 million) for the six months to June, down from HK$249 million last year. The dip was mitigated to some extent by the receipt of one-off income from the resolution of a tax matter related to the provision of services to a customer.

Revenues for the period were HK$642 million, up from HK$640 million last year, with the value of backlog contracts on hand remaining stable at about HK$4.076 billion, up slightly from HK$4.067 billion.

Utilisation of AsiaSat’s fleet stood at 73%, up from 67% last year, with the prior period excluding AsiaSat 8, which began service at the 4° West position in February. Israeli operator Spacecom struck a deal with AsiaSat at the end of last year to use AsiaSat 8 as a replacement for the Amos-2 craft, after Spacecom’s own Amos-6 exploded on the launch-pad in September.

AsiaSat’s next satellite to launch will be AsiaSat 9, a replacement for AsiaSat 4 at 122° East, which will take off in Septmeber, offering C-band and Ku-band beams for emerging markets such as Myanmar and Indonesia. The operator is also planning to procure a new-generation high-througput satellite with a Ka-band payload to meet the needs of the mobility market.

AsiaSat chairman Ju Wei Min said that “price pressures remain challenging in a highly competitive environment” characterized by the oversupply of regional capacity. He said that the market was also seeing an impact on prices in the expectation that the launch of HTS satellites would reduce the price of data capacity, even though universal HTS coverage does not yet exist.