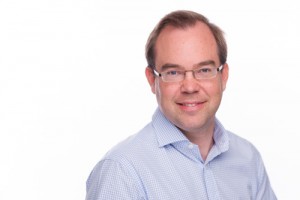 Campell-White joins from Warner Bros. Television Production UK, where he is currently chief financial officer. He is due to take up his new role, as well as a place on the Brave Bison board, on October 26, 2017.

”I’m delighted that Paul has agreed to join me at Brave Bison,” said Hungate. “His width and depth of experience in the media and content space makes him ideally placed to help me as we plan and execute the next phase of Brave Bison’s development.”

The former Warner Bros. Television Production UK co-managing director was named CEO of Brave Bison in July, and took up her post on August 1. Brave Bison’s previous CFO and COO, Kevin Deeley, left the firm at the same time.

Deeley had been leading the company as acting CEO since former chief executive Ashley MacKenzie’s exit earlier this year, but announced his resignation after he was passed over for the top job with the appointment of Hungate.

Brave Bison was formerly known as Rightster but rebranded last year as it sought to reposition itself as a content-creating, social video broadcaster.

In its recent interim results for the first half of 2017, the company reported lower revenues but also reduced losses, after axing more than 50% of its staff in the past year in the process of centralising its operations in two locations – London and Singapore.

For the six months ending June 30, Brave Bison recorded revenues of £6.0 million (€6.7 million), down from £9.7 million a year earlier. The company’s operating losses came to £2.1 million in the first half, compared to a loss of £3.5 million during the first half of 2016.